REGINA, Sask. – Following the conclusion of the 2021-22 season, Hockey Saskatchewan is pleased to announce the recipients of its annual Awards for Outstanding individuals.

Each year through a nomination process, our Awards highlight the outstanding volunteers from the North and South, outstanding Coach as well as a Minor Hockey Association (MHA).

Shaping Character for Life… More Than a Game.

Volunteer of the Year - North

Christina LaPointe (Saskatoon) quite simply, owned the role of team manager and delivered experiences kids on the U11 Renegade Rattlers may never see again in their minor hockey careers. What separated Christina’s approach from any other was the added details and effort that went into each activity. At every event, Christina dedicated her time to making gift bags for the kids, filled with handmade crafts and homemade baking. Each bag would be personalized for each player, including a note on how to be their best. When out of province for a tournament, the kids played their hearts out and came out as the ‘B’ Final Champions. Unfortunately, the tournament did not award any celebratory memorabilia. Upon returning from an event-filled weekend, when many were tired, Christina then built a six-foot-tall trophy out of tasty treats -- a “Lord Candy’s Cup,” if you will -- to present to the kids at their next game. Additionally, she was also named the 2021-22 Saskatoon Minor Hockey Association (SMHA) Volunteer of the Year. For her dedication, effort, and personal flair for her team within the SMHA, Christina is a much deserving recipient of the Volunteer of the Year Award – North.

Volunteer of the Year - South

Darren Istace (Weyburn, Sask.) has been a valued volunteer with the Weyburn Minor Hockey Association over the past decade and a wonderful role model for youth. Balancing varying levels of coaching abilities on a house team is no easy task yet Darren seems to do it with ease. Numerous letters from parents have provided feedback on the exceptional experience they had this past season with the U11 Weyburn Red head coach. Many of the letters also highlighted having an opposing team’s parents, and even officials, come forward to comment on the positive attitude and example Darren was setting in the rink. For the 2021-22 season, Darren ensured that even after taking a loss, the kids still held their heads high and continued to strive to get better. Parents said each one of the kids improved under his guidance and leadership during a pandemic – no easy feat. For his outstanding dedication to hockey in Weyburn, Sask., Darren is more than worthy of the Volunteer of the Year Award – South.

Coach of the Year

Rachelle DeWulf (Lafleche, Sask.) continued to go above and beyond as head coach of the Female U13 Lafleche/Wood River Ice Cats during the 2021-22 season. Coaching in a small town isn’t the same as coaching in a city. Rachelle arrives at least an hour and a half early at the rink, unlocks the kitchen, sets up the score clock, and even helped clean at the end of the season when there was no longer a janitor. In regards to coaching, Rachelle spends endless hours scouring the Internet to find drills to help each member of her team. One parent was hesitant about their daughter playing girls’ hockey, having only played mixed previously, but Rachelle started having meetings in the summer to make sure there would be enough players to make a female team. Rachelle took this little team of 12 skaters and two goalies – made from seven different communities – and taught them that they could play against any team in the league. The Ice Cats finished the season with 18 wins, one loss, and a tie. A fellow coach from a previous season said positive female role models such as Rachelle are the reason why more girls are involved in the sport today. For her outstanding patience and passion for coaching with the Lafleche Minor Hockey Association, Rachelle is much deserving of the Hockey Saskatchewan’s Outstanding Coach of the Year Award.

Minor Hockey Association of the Year

Prairie Storm Minor Hockey Association (Balgonie, Sask.) has worked diligently to provide great programming in its community. Enrolment rising year after year shows that families want to be a part of this association. The MHA has grown from under 500 members a few years ago to 600 today. PSMHA has increased its female teams to, hopefully, have female programming in all age groups this coming season and some age groups with multiple teams. Only a few years ago, there were no female teams in the MHA. In addition, it offers free power skating to younger age groups, free goalie programming, free checking camps, and fall prep camps for all age groups. PSMHA believes that interest will continue to grow under its umbrella and volunteers are ready to support that, making them an ideal candidate for Hockey Saskatchewan’s Outstanding MHA of the Year Award. 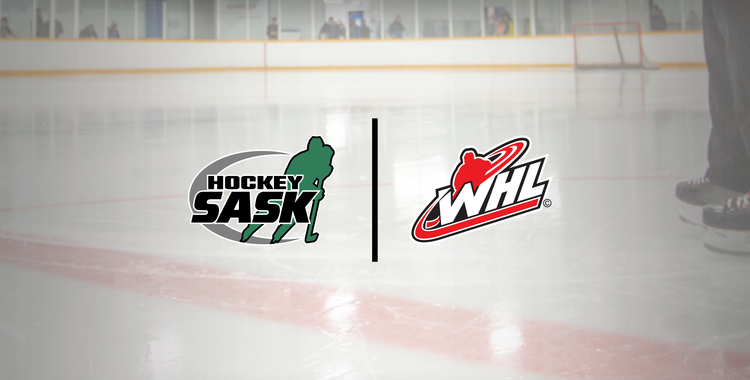