CALGARY, Alta. – Hockey Canada has announced the 23 players named to Canada’s National Women’s Team who will look to defend the gold medal at the 2022 IIHF Women’s World Championship, Aug. 24-Sept. 4 in Herning and Frederikshavn, Denmark.

The 23 players selected include:

The roster – three goaltenders, seven defence and 13 forwards - was selected by head coach Troy Ryan (Spryfield, N.S.), in consultation with Gina Kingsbury (Rouyn-Noranda, Que.), director of hockey operations, and Cherie Piper (Scarborough, Ont.), senior manager of player development and scouting, along with the rest of the scouting and coaching staffs.

“It is unusual to play in a world championship and an Olympics in a single year, but this opportunity allows us to evaluate ourselves against the best in the world as we start our new four-year Olympic cycle,” said Kingsbury. “We are fortunate to have familiarity among our coaching staff and players who know what it takes to win. We had an extremely competitive camp and we believe we have assembled an experienced team that will give us the best chance to compete once again for a gold medal.”

The 10-team tournament features Canada in Group A with Finland, Japan, Switzerland and the United States, while Group B includes Czechia, host Denmark, Germany, Hungary and Sweden.

Canada opens the tournament against Finland on Aug. 25, and faces Switzerland on Aug. 27 and Japan on Aug. 28 before closing the preliminary round against its rivals from the United States on Aug. 30.

Prior to the start of women’s worlds, Canada will play a pair of pre-tournament games against Denmark on Aug. 20 and the United States on Aug. 23.

TSN and RDS, the official broadcast partners of Hockey Canada, will carry extensive game coverage throughout the 2022 IIHF Women’s World Championship, airing all of Canada’s games. TSN will broadcast all preliminary-round games, quarterfinals, semifinals and medal games from KVIK Hockey Arena in Herning. RDS will provide coverage of all Team Canada games, in addition to playoff-round games.

For more information from the IIHF, please visit the official tournament site at 2022.womensworlds.hockey.

An Open Letter to Canadians from Hockey Canada

Update from the Hockey Canada Board of Directors 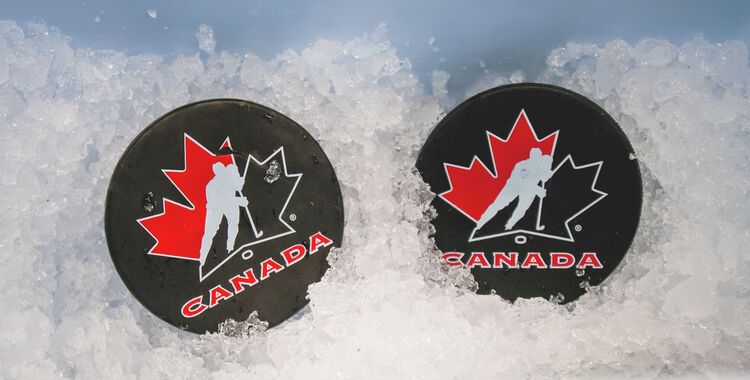